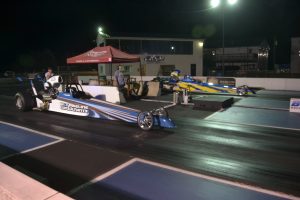 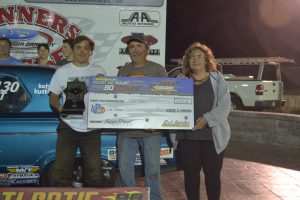 Numidia Dragway: June 15th, 2019 – Drivers converged to Northeast Pennsylvania to take their shot at becoming the Inaugural Champions of the North vs. South .90 Shootout presented by VP Racing Fuels at Numidia Dragway. Drivers from 8 States and Canada were split via their geographical location to form two teams that would battle it out for bragging rights for the year.
In Super Comp, Bill Hardifer Jr. took a gamble in the off-season and parked his trusty 30-year-old dragster to upgrade to some new pipe from S&W Performance in the off-season. With help from crew chief Dave Huber the team worked tirelessly to get the car just right for the season opener. After, a few early exits and some Lady Luck on his side, it all paid off at Numidia for Hardifer as he wheeled the W&T Pipeline Consultants Dragster into the winner circle. In the final Steve Everett Sr. strapped a .003 light on Hardifer’s tardy .143 but, Everett took way too much stripe and broke out with an 8.881 to Hardifer’s winning 8.967.
In Super Street, 19-year-old Kevin Kohr was competing in just his first Mid Atlantic Super Street event and made it pay off as he wheeled his 1965 Dodge Dart to a string of 10.90’s and the victory when Rick Mattioli went Red in the finals. Kevin celebrated with his Dad & Mom in the winner circle for his first 10.90 victory. To round out the night, 2017 Super Gas .90 Champion George Smith wheeled his famous “Live Wire” Camaro to victory lane. In an all New York final Smith took down the Mustang of Frank Volpe Jr. In the finals Smith was behind at the green (.019 to .016) but, laid down a 9.901 to Volpe’s breakout 9.885.
Mother Nature forced the cancellation of Race # 4 but, with one race completed Team North took the overall Championship with Hardifer, Smith & Kohr collecting additional Bonuses. Next up for the series is the world famous 26th Annual “Uncle Buck” Pig Roast on July 13th & 14th at Cecil County Dragway. – Rob Keister