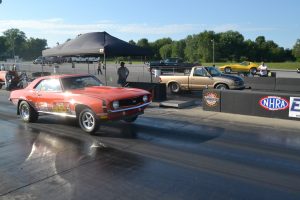 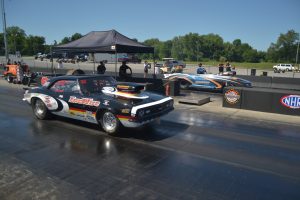 The Mid Atlantic .90 Series will close out it’s season at Cecil County Dragway in Rising Sun, Md on September 21st & 22nd. The points battles are tight as can be and can swing anyway going into Race # 8 & 9. The series has seen huge growth this year with almost 100 members & the last event that saw almost 200 cars total.

On Saturday, September 21st, gates open at 8am with racing starting at 9am. They have a pretty good set of classes going on that day with the United Nostalgia Stock / SS Series, ECSC, Buicks & MANDRA along with the .90 classes. We should be done around 4-5pm and of course the final Racers BBQ will highlight the night where all racers and crew are welcomed over for a bite to eat..

On Sunday, September 22nd, gates once again open at 8am with racing starting around 9am. The only thing on the schedule currently with the .90 classes is the Outlaw Pontiac group, so it will be a pretty quick and fast day as the bracket finals are that weekend so a bracket race will not be going on.

I know this is on a lot of big races, Fall Fling in Bristol, Sports nationals in Ohio and Bracket Finals but, hope you come out and have some fun with us. Unfortunately, the way the schedule panned out in 2019, this was the only weekend open in September / October so had to roll with that I could get.