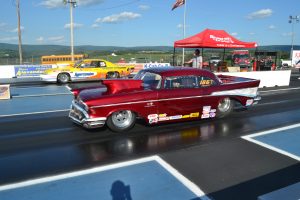 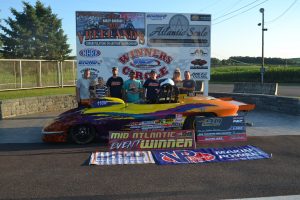 After, a 2 month break the Mid Atlantic .90 Series jumps back into action and into the heart of its 2019 schedule with 6 races over the next 7 weekends. The Series now moves up to the scenic Northeast portion of Pennsylvania and visits Numidia Dragway for the Inaugural North vs. South .90 Shootout presented by VP Race Fuels. The weekend before this event, Numidia Dragway will host Race # 2 of the Lucas Oil Division 1 Drag Racing Series and racers are encouraged to leave their rigs at the track to save on the towing & gas costs associated with travel. On Friday June 14th, Numidia will host a track operated Test & Tune for only $30.00 from 10am to 3pm for those who want to get some data for the weekend upcoming. At 4pm, a bus will be provided for all racers and families to head over to the popular Knoebels Amusement Park for the 2nd Annual “Night at Knoebels” event. Knoebels is one of the only Free Admission Amusement Parks in the world and offers some great rides along with some great food for the racers.
On Saturday June 15th, Racers will get ready to battle is out for Race # 3 of the 2019 season in all three .90 classes. Gates will open at 9am and Drivers will hit the track for the first of two scheduled time runs around 10am in between the Junior Dragsters. Once qualifying is completed drivers will gear up for Round # 1 and the shot at the brand-new North vs. South trophy done up by S&W Performance Group and Big Checks done by Trail Blazn Designs. Racers will also be defending their home turf in this event as the North battles the South in a separate competition to see who’s the best of the best .90 Racer in the East. Drivers will earn points over the weekend based on such things as perfect reaction times, round wins, defeating the overall series champs from 2018, perfect lights and running dead on the .90 dial. The racers will be separated via their home states and run for a separate trophy, big check and cash at days end on Sunday. Numdia Dragway will also be hosting a Summit ET Bracket race beginning after a few rounds of .90 competition is completed. Numidia is known as the track with the “Guaranteed Payout” and on Saturday a $2,000 winner’s check (Super Pro) and $1,500 winner’s check (Pro) and NHRA Wally will welcome the winners at Days end. Once the .90 cars are completed for the day all Racers and Crew are welcomed over for a Free Racers BBQ to celebrate the day’s festivities.
On Father’s Day, June 16th, Racers will once again be woken up to the sounds of Frank Sinatra’s “My Way” as this is a staple at Numidia. Racing will begin around 9am with Juniors and depending on new car entries 1 time shot and into eliminations will most likely be the call to get the .90 racers done and onto the road home or to Norwalk, Ohio for the National Event the next weekend. Once again, a Summit ET Series will also be running on Sunday with the same payouts as Saturday minus the Wally.
The info for the .90 Races is as follows, the Gate fee paid to Numidia Dragway for Tech Card is $20.00, Crew and Spectators are $7.00 and entry into the .90 event is $100. New for 2019 the series offers a Calcutta for $10 in which the last driver standing entered get that extra cash placed on top of their winnings. With the slight increase in entry fee for the .90 racers this also will offer a batter payout at days end for the racers as at 20 cars per class the winner will go home with $1,000 / $500 to the Runner-Up, at 40 Cars the winner goes home with $2,000 / $700 and at 50 cars the winner goes home with a cool $2,500 / $900 for a small entry fee.
For more information you can visit the Mid Atlantic .90 Website at www.midatlantic90.org, visit their Facebook, Instagram or Twitter sites or give president Rob Keister a call at 856-332-2851 or e-mail at rekeister@aol.com. Hope to see you all there for this exciting sportsman event!!