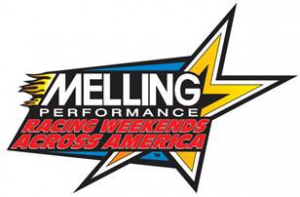 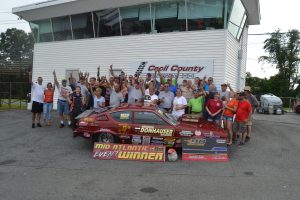 The 26th Annual “Uncle Buck” Pig Roast at Cecil County – July 13th & 14th
The Mid Atlantic .90 Association will celebrate its version of “Indy” on July 13th & 14th at Cecil County Dragway for the 26th Annual “Uncle Buck” Pig Roast presented by Melling Perfomance. This event held in honor of George Donhausers late crew chief & all around great guy Ronnie “Uncle Buck” Harple” will be Race # 4 & 5 of the 2019 season for the series. There will also be a special Top 8 Race held on Saturday Night the 13th in which W&T Pipeline Consultants & POR 15 will award 1 lucky driver in each .90 class $1,100 to win for going 3 rounds and claiming the victory. The 8 drivers in each class secured their spots at the last race of the season at Numidia. Gates will open at 5pm the 12th for the Cecil County Friday Night Street & Test & Tune Night and parking will be in the field / tower side of the track, that gate will be open. Gates will remain open till about 11pm (Weather Permitting) on Friday and re-open at 8am on Saturday with racing starting at 9am. As always on Saturday the .90 crew will be the main group at the track as they will also have an AMC day and Test & Tune and a grudge event. Two qualifying runs will kick off the day before you go on a ladder for 1st round. Gate fee is $30.00 to the track and I believe $10 or $15.00 per day for crew and $80.00 paid to Rob Keister per day. ANYONE IS ALLOWED TO COME RACE WITH US!! You must pay Rob before 1st round or you will be taken off the ladder. The Top 8 race will follow the finals of Race # 4 and conclude around 5pm. As always the Pig Roast will start around 6pm hosted by the Donhausers & the Moose Lodge and at dusk we will do the Lantern Festival in honor of those who have left before us. Sunday Melling Performance steps up and becomes the title sponsor of Race # 5 in which they will give away several swag items to racers and $150 Gift Certificates to each winner.  Gates will open at 8am, with Juniors running their eliminations to complete before the .90 crew hits the track for Q1 along with the Summit Series Bracket Race that day. If you have any questions please reach out to Rob Keister at Rekeister@aol.com or 856-332-2851

W&T Pipeline Consultants Top 8 Shootout presented by POR 15 (1st Round Pairs will be drawn on Saturday Morning at 9am!!)