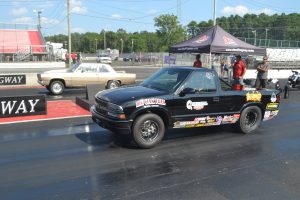 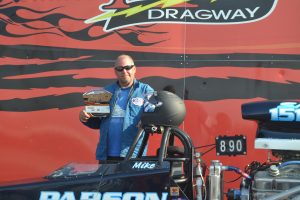 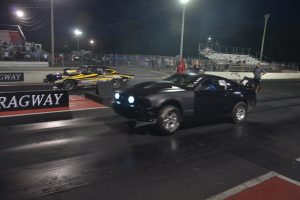 Atco Dragway – July 27th & 28th, 2019 – Atco Dragway played host to the Mid Atlantic .90 Association the weekend before the Lucas Oil Series event for the 11th Annual Sportsman Circuit Shootout presented by ZEP. A record car count greeted racers on Saturday and Race # 6 as they prepped for the Lucas Race. In Super Street, James Moshier got his first race victory in the 10.90 class after 6 tough rounds of competition. In the final Moshier took down first time finalist Barb Markoglu’s Camaro. Moshier took the advantage at tree (.037 to .105) and never looked back for a 10.898 to 10.888 victory. In Super Comp, Johnny Smith backed up his Race # 1 victory with a win on Saturday. In the final Smith led wire to wire over points leader Tom Slater for an 8.897 to 8.832 double breakout victory. Rounding out the action On Saturday, the red-hot Iggie Boicesco added to his list of accomplishments with a victory over Sean Lang. In a repeat of Race # 5 finals a few weeks earlier Boicesco got the jump at the green (.014 to .050) and took the 9.933 to the breakout 9.893 victory.

On Sunday, Mike Parson’s entered his first ever final round of Super Comp and was able to take down #3 qualifier Tim Dilorio in the process. Dilorio got the jump (.023 to .030) on Parson’s but, Mike’s 8.904 was enough to get around Dilorios 8.918 for the victory. In Super Street 20-year-old Taylor Iacono took her first victory in the series at her home track when Dave Harvey Jr. lit the red-light by -.007. Taylor took her S-10 truck to a 10.869 victory and celebrated with friends and family. Finishing off the weekend was Super Gas as George Smith took his 2nd victory of the year and closed the points chase with a win over first time finalist Rick Homan. Homan pushed the tree a little too hard and went -.008 red and Smith wheeled his Camaro to a 9.898 victory to close within 1 round of Boicesco. The final event of the season is at Cecil County Dragway on September 22 & 23rd.